When materials comprising asbestos are destroyed, fibers are released into the air. These fibers can cause serious diseases when they are inhaled by people. When this happens, a lot of the fibers will be trapped in the nose and throat and can be removed but there are instances where this is not possible because they have gone deep into lungs or the digestive tract if they have been swallowed. When this happens it can cause serious health issues and diseases. This is why asbestos removal is so important.

You cannot be affected by these diseases immediately as they often take a long time to develop but when detected most times it is too late for anything to be done. This is why it is essential for people to protect themselves from such situations.

Asbestos is really dangerous when it is handled and it crumbles because it leads to fibers being released in the air. Some materials like floor tiles, ceiling tiles, cabinet tops and fire doors among others unless destroyed or disturbed will not release fibers into the air. Of course, materials deteriorating increases the chance of them getting crumbled.

Also, other factors such as continuous vibration, damage from water, cutting, drilling, sawing, ageing, grinding can make the materials break and potentially increase the chances of fibers being released into the air.

Because asbestos fibers are very difficult to destroy it becomes difficult for them to be broken down or be removed once they enter the lung or tissues of the body. They are left in places that make them cause serious diseases including the following:

Lung cancer connected to cancer is similar to lung cancer that occurs due to smoking and other reasons. Symptoms include changes in breathing patterns and coughing, experiencing shortness of breath, constant chest pains, anaemia and a hoarse voice. Studies also indicate that people who smoke and work with asbestos are much more likely to have lung cancer than people who have not been exposed to asbestos or do not smoke.

Mesothelioma can be described as a cancer that not only affects the lining around the digestive tract or peritoneum but also affects the lining of the lungs or pleura. It is almost entirely connected to being a person being exposed to asbestos and when it is eventually diagnosed it is always almost too late to recover.

Asbestosis also affects the lungs and can be described as a critical scratching condition of the lung that usually happens after a person has been exposed to asbestos for a lot of years. This situation can lead to a person slowly and gradually experience shortness of breath over time and can be deadly in severe cases.

Pleural thickening is basically a condition that happens after a person has been exposed too much to asbestos. In this situation, the pleura which is the lining of the lungs becomes thicker and swells up. If the situation becomes worse a person can feel uncomfortable and experience shortness of breath if the lungs get squeezed.

When to Organise Gutter Repair Brisbane
May 7, 2020Night & Day Locksmiths 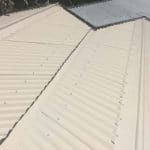